Billions of people around the world love sports. Sports are entertaining. Sports create bonds to people. Sports fill the needs of humans for fun and intense emotion — a break to a boring routine in our day-to-day lives.

PGA Tour golfer, Mike Daniel Reid, described the essence of sports when he stated, “Sports is like life with the volume turned up.”

However, humans fascination to the blissful moments of pure greatness and winning from sports doesn’t come without failures and suffering. Sports do carry risks of injury and pain. 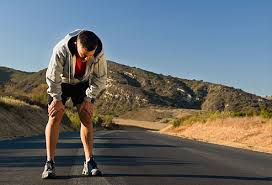 How Does Sports Injuries Occur?

If injuries can be classified according to cause, we can have three categories: Direct Injury, Indirect Injury and Overuse Injury.

A direct injury can occur by an external blow or force. Direct injuries can be caused by:

These injuries can result in hematomas, joint and ligament damage, bone dislocations and bone fractures.

This injury is not due to a physical contact from an object or person but from internal forces resulting from strenuous or forceful actions done by the athlete. An indirect injury can happen in different ways:

This type of injury can be due to the excessive and repetitive forced on the muscles, bones, or other connective tissues in the body such as the ligaments.

Pain usually is not experienced in the early stages of these injuries in some people. Some might feel a little discomfort or tolerable pain.  The athlete may not notice the injury and might continue to place pressure on the affected site, not giving the area the necessary time to heal. This continued overuse can result in the accumulation of damage, and then it becomes inflamed, and therefore painful.

Classification of Sports Injury According To Tissue Type

These are the most common injuries due to sports. They include the following:

SPRAINS are injuries in the joints and ligaments. The job of the ligaments is to hold the bones and joints in place. They protect the joints from abnormal movements such as extreme twisting, rolling, and turning of the foot. Ligaments are elastic so they usually stretch within their limits. However, when a ligament is forced to stretch beyond its normal range, sprains occur. A severe sprain can actually cause tearing of the elastic fibers.

A STRAIN is a result of tearing or disruption of the fibers causing trauma to the muscle or tendon. It can be due to a twist, or a pull of a tendon or muscle. Manifestations of a strain includes muscle spasm, pain, and weakness or loss of strength.

CONTUSIONS are bleeding in the soft tissue.  They are commonly known as bruises. Bruises are due to the damage of the small blood vessels within the tissues.

Other injuries include minor wounds like ABRASIONS, which are the scraping of the outer layer of the skin, and LACERATIONS that are usually the result of cuts. When the skin is lacerated, the depth and location of the laceration will determine whether suturing is required. If the laceration is deep enough to expose tissues, medical attention is required.

DISLOCATIONS are injuries to joints where a bone is displaced or dislocated from another. It is often accompanied by damage to the surrounding areas including the connective tissue. 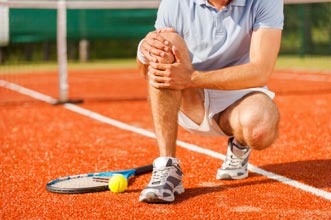 Sports Injury Pain: It’s Not All The Same

Pain varies depending on the type and the location of the injury. Pain is very personal and unique. Obviously, pain is a signal that something is wrong.

Never try to “work through” the pain of a sports injury. Stop playing when you feel pain. Playing more only causes more harm. Some injuries need medical attention right away.

Call a doctor when:

If you don’t have any of the signs listed above, it may be safe to treat the injury at home.

Use the RICE method (Rest, Ice, Compression, and Elevation) to reduce pain, swelling, and speed healing process. Follow these steps right after the injury occurs and do so for at least 48 hours. If the symptoms get worse, go to a doctor.

If you are experiencing pain from a sports related injury make an appointment at one of our Dallas/Fort Worth area pain treatment centers today.